Why Do Physicians Still Use Pagers? 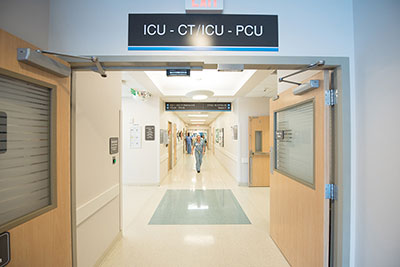 Smartphones have virtually taken over as the primary communication device at home and in the office: Seventy-seven percent of Americans own a smartphone, and 92 percent of millennials do, according to Pew Research Center. With this level of ubiquity, you may think that pagers are extinct.

This couldn’t be farther from the truth in industries in which communication is truly critical, like public safety and healthcare. The vast majority of hospital-based clinicians (79.8 percent) continue to use hospital-provided pagers in 2017, according to a recent report in the Journal of Hospital Medicine. Nearly half of those clinician’s report that they receive patient care messages most commonly by pager.

With the constant online access and messaging capabilities of smartphones, why do doctors and nurses still need pagers? Why do hospitals continue to maintain their paging systems despite so many clinicians using smartphones at work? It all comes down to the unbeatable reliability, convenience, cost effectiveness, and encryption that pagers can provide.

It may not be a big deal if a text message to a family member or friend fails to send. But what if a human life is literally on the line? Pagers are more reliable than smartphones because the paging network performs better than cellular networks in both day-to-day communications and emergency situations. Because paging networks have more broadcast power than smartphones, signals are better at penetrating buildings to help ensure that you receive that page, wherever you are.

Have you ever attended a concert or sporting event in a large stadium? You may have had trouble accessing the Internet or sending messages because the concentration of tens of thousands of people in one area overwhelmed the cellular network. With their unlimited consumption, smartphones permit a small number of users to monopolize a channel for a long period. In contrast, pagers have limited message lengths, enabling more equal sharing of bandwidth and making them less susceptible to congestion. For example, the Spok paging network has an incredible 99.92% reliability rate.

A plethora of capabilities also give pagers the edge in emergency situations. Powered by AA batteries, pagers operate even if the power goes out and Wi-Fi/cellular networks are completely overwhelmed. Typically employ a fully redundant infrastructure, including WAN/LAN, messaging switches, power sources, and satellite uplinks to provide extra reliability and ensure operational continuity.  Use of satellite connections between the core messaging network and the transmitting towers eliminates a critical point of failure, wireline circuits, for many wireless systems. 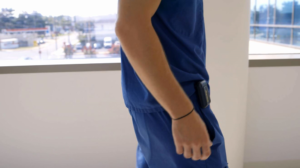 The convenience of pagers is unmatched. Like smartphones, pagers are small and light enough to carry in a pocket or on a belt. But unlike smartphones, they don’t need to be charged on a daily basis: Batteries can last weeks or months, depending on usage, and you simply pop in new batteries when needed.

Moreover, because pagers are only used for critical messages—unlike smartphones that are used for both personal and patient messages—users don’t have to waste time sorting important patient messages from personal messages, automated texts, calendar reminders, and other notifications that inundate their devices.

Pagers are more cost effective than smartphones. Smartphones can cost hundreds of dollars for the device itself (or $1,000+ for the iPhone X) plus an average of $73 per month for service. In contrast, paging devices cost a fraction of what smartphones do, and service typically ranges from $5-8 per month, depending on the type of pager. While the lifespan of a typical smartphone is 2-3 years, the simplicity and durability of pagers enable them to last for a decade or more. And because pagers run on inexpensive batteries, hospitals aren’t on the hook for costly accessories like charging carts and portable power banks.

Contrast the monthly cost of a smartphone with that of a pager, and multiply each number by hospital staff members who need to communicate. You’ll quickly see why so many hospitals and health systems still elect to equip their care teams with pagers. Not only do they provide the assurance that critical messages reach the right people quickly, but they also are the logical choice for non-clinical care team roles, like transport or environmental services, that may not require smartphones to fulfill their responsibilities. 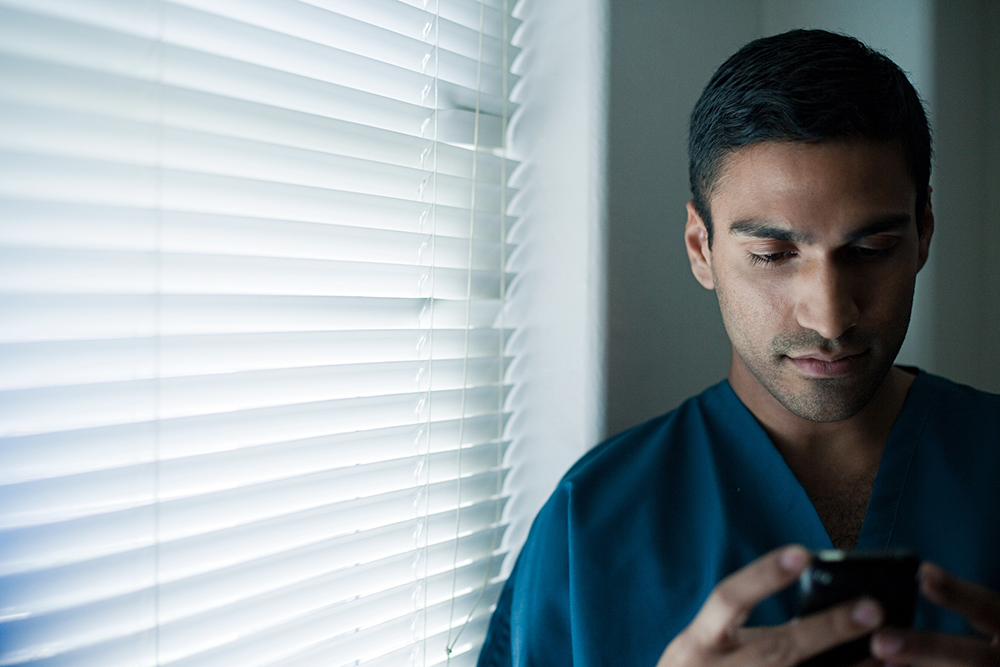 Health Insurance Portability and Accountability Act (HIPAA) requires healthcare organizations to secure and maintain privacy for protected health information (PHI). Encrypted pagers are available that can protect PHI, allowing staff to share sensitive patient information while meeting regulatory guidelines. Using the industry standard AES-128 encryption algorithm, the device can be programmed with a unique key. Messages are encrypted as they enter the paging network and sent over the air where they are decrypted for display to the user, so data is safeguarded both in transit and at rest. Display lock and remote data wipe features provide additional layers of security.

Encrypted pagers have ushered in a new era of paging: Many hospitals and health systems aren’t ditching their pagers at all—they’re buying the new encrypted pagers to enhance the security of their entire communication network. We’re seeing more organizations make the move to replace all of their pagers in circulation with encrypted pagers. Whether they’re using a secure messaging solution on a smartphone or an encrypted pager, healthcare leaders can be confident they have a device mix that keeps PHI safe.

While smartphones certainly have a place in patient care, pagers remain dependable, functional communication workhorses. Pagers have been—and will continue to be—around for a long time in healthcare given their reliability, convenience, cost effectiveness, and encryption capabilities.