As technology continues to evolve all around us, it’s no surprise most people believe pagers have gone the way of floppy disks, VHS tapes, and phone books. Reality is, there are some very important reasons why nearly 80% of hospitals still rely on pagers for critical communication.

Let’s take a look at the history of the pager and why healthcare professionals continue to integrate pagers into their workflows and secure communications.

1921: The first-pager like system was used by the Detroit Police Department when they successfully put a radio-equipped police car into service.

1949: The very first telephone pager device was patented by Al Gross and was used by New York City’s Jewish Hospital starting in 1950. Even though it wasn’t yet called a pager, the device had already found one of its primary niches: critical communications. Despite Gross’ many innovations (the walkie-talkie and CB radio in addition to the pager, among others), all of his patents expired by the 1970s. But he didn’t hold any resentment that he never profited from his inventions. “They have “permeated our society,” he said in 2000, a year before his death, “and I’m delighted.” 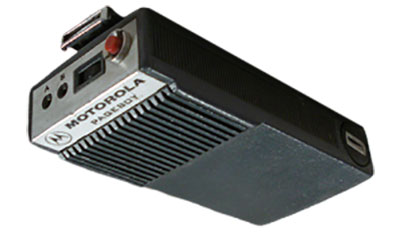 1964: Motorola began its 40-year reign as the dominant leader in the paging space with the introduction of the first consumer tone-only pager, the Pageboy I. With a tone-only pager, the recipient just received a single tone and knew what action was required. For example, a physician would know he should go directly to the ED or call the hospital operator for further information.

1970s: Tone and voice pagers were invented—after the tone, the pager relayed an audio message. This was a step forward from the tone-only pager because the recipient was immediately given more information, such as “Code Blue in ICU.”

1980: There were about 3.2 million pager users worldwide, but paging still had a limited range (local-area pagers), and were primarily used for critical communications on a specific site, i.e., clinicians within the hospital.

1980s: Wide-area paging was invented, allowing pages to be conveyed over radio waves across a city, state, or even a country. Paging use explodes, becoming popular among consumers for personal use.

1980s (early): Numeric display pagers were introduced and helped keep hospitals quiet because messages weren’t played aloud—instead, the numeric display showed a number on top of the device that served as either the extension to call or an internal code for a predetermined action. You could also initiate pages through a telephone. 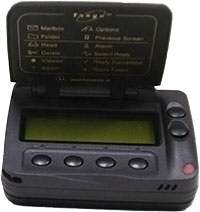 1980s (mid): Alphanumeric display pagers were introduced. They could send a text message through a digital network and initiate in a variety of ways, including operator dispatch, IXO (a device used for sending alphanumeric pages via Telelocator Alphanumeric Protocol (TAP)), and computer.

1990s (late): Two-way pagers, or pagers that included QWERTY keyboards, were introduced so message recipients could respond to the page directly from the device. Many major hospitals and health systems still employ two-way paging, but one-way pagers remain more popular.

1994: There were 61 million pagers in use, largely because pagers are much more affordable than any other mobile communication method.

1995: Motorola introduced the world’s first two-way pager, the Tango two-way personal messaging pager. It allowed users to receive text messages and e-mail, and reply with a standard response. It also could be connected to a computer to download long messages. 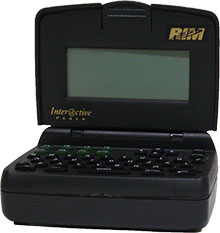 1996: Research In Motion (now known as BlackBerry) introduced the Inter@active Pager, which allowed users to receive and send messages thanks to its full keyboard and graphical display.

2004: USA Mobility was formed from the merger of Arch Wireless, Inc. and Metrocall Holdings, Inc., combining the two leading independent paging and wireless messaging companies in the United States.

2007: USA Mobility acquired full ownership of GTES, which provided rights to the Glenayre IP and software source code associated with the GL3000 and other Glenayre product lines.

2014: USA Mobility and Amcom Software came together under single identity and new, exciting brand: Spok. Spok delivers over 100 million messages each month for its customers.

2015: Spok introduced the T5, an alphanumeric pager with an encrypted paging option. With secure messaging capabilities and display-lock security features, this device provides a powerful tool for healthcare and emergency response communication.

2016: Spok unveils the T52 pager, a two-way pager with encrypted capabilities. With the enabled encryption service from Spok, the T52 was the only two-way pager on the market to support secure messaging and help healthcare organizations meet HIPAA compliance requirements.

2019: The National Health Service in the U.K. ordered the removal of pagers by the end of 2021.  As news of the ban and the #purgethepager hashtag spread, NHS employees took to Twitter to outline the many reasons pagers remain popular among care teams and they supported pagers as crucial tools to coordinating and delivering patient care.

Yes, pagers are still alive today and embraced by the same groups who used the very first versions: public safety and healthcare professionals. Even with the proliferation of smartphones, pagers remain popular in these industries because of the reliability of the paging networks. No matter how sophisticated smartphones become, until cellular networks can match the survivable architecture of the paging networks, pagers will remain a staple of critical communications for years to come.

Editor’s note: This post was originally published in October 2015 and has been updated for relevancy and clarity.