I read an opinion piece last week listing older technologies that a smartphone has rendered obsolete. Among the items were calculators, cameras, and pagers. I can take issue with any of these examples, especially for circumstances that are outside the ordinary.

It is true that the features available on a smartphone are fantastic and convenient for the average layperson. For professionals, however, all of these technologies remain highly relevant. You won’t see a wedding photographer whipping out his or her phone to snap photos during the ceremony, or a financial analysts using it to calculate bond interest days. I was appalled when I read the author’s assessment that pagers were extremely obsolete. Just like the wedding photographer, most of the people who use pagers are professionals and they rely on these communication tools for specialized situations the average person does not experience. 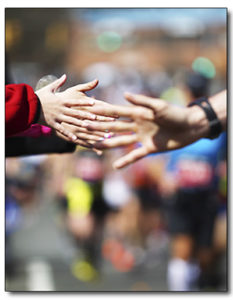 I live near Boston and was working in town the day of the Boston Marathon bombing last year. I felt the effects of what happened on a personal and professional level.

The cellular networks were completely flooded that day with people calling for help, and people calling to check on loved ones… all of the major carriers experienced issues with the volume, which is expected in that type of situation. There were even some reports that the bombs were detonated by a remote cellular device and speculation about whether the carriers would have to shut off their service entirely to prevent another detonation. A service halt never happened, but panic spread at the thought.

Hospitals that accepted trauma victims from the Boston Marathon bombing relied on Spok® pagers to coordinate their response. Most facilities entered disaster mode and implemented their emergency preparedness protocols. Paging was the easiest way to get messages out to key groups and individuals – it was effective and efficient because they used pagers for code teams.

We learned afterward that incremental volumes of code paging took place that Monday, compared to just a busy day. You can’t use overhead paging for that many code calls, or personally call all of the off-duty personnel to come in to help. However, you can have a large of people on a group paging system. It’s specifically designed to work that way. Group paging technology was key in successfully sending out those emergency code calls to bring in more staff and handle all the patient cases. Some facilities even went into lock-down mode to protect their hospital from bomb threats and a city-wide manhunt, and that meant paging was the primary way to communicate.

In Boston we’re known for being one of the leading technology adoption cities, and a lot of hospitals in the Boston area use Spok pagers as part of their overall communications mix. I found it interesting that the article said paging is obsolete, because on that particular day the cellular networks couldn’t support all of the emergency communications, and paging was the working option. Paging was 100 percent. It didn’t experience any problems, and it worked. 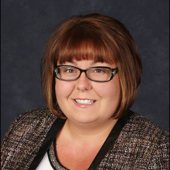