This week is one of my favorites all year: National Nurses Week. I’m proud every day of the profession I chose, but there is something incredibly special about people from across the country coming together to acknowledge the tremendous work nurses do to provide the best patient care.

This year’s theme is “Nurses Inspire, Innovate, and Influence,” which gives me the perfect opportunity to highlight some innovations within the healthcare field that were created by nurses. 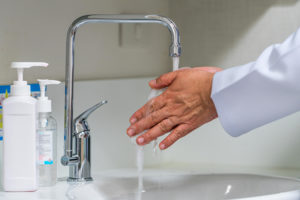 Nurses Week ends on May 12, Florence Nightingale’s birthday, so it seems only fitting to start with the founder of modern nursing. Florence is well known for implementing hygiene protocols that are commonplace today, such as always using clean linens and handwashing in between caring for each patient. Florence not only improved unsanitary conditionsat a British hospital during the Crimean War, but she also methodically measured her efforts and proved that she reduced the number of deaths by two-thirds. Her writing about her successes sparked worldwide healthcare reform.

Florence was also one of the first advocates for improving the patient experience. She implemented an “invalid’s kitchen” that provided food that was appealing to bedridden patients and patients who had special dietary requirements, and noted that the environment was just as important to recovery as the care itself, instituting a classroom and library for intellectual stimulation. She was onto something long before ‘patient satisfaction’ was a hot topic. 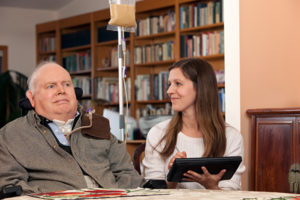 Bessie Blount Griffin, an African American nurse and physical therapist, made significant breakthroughs in assistive technology. Many veterans returned home from WWII as amputees and struggled to perform basic tasks independently. Bessie invented a tube that delivered individual bites of food at their pace—they only had to bite on the tube for the next morsel to reach the mouthpiece. She patented this device, appeared on a television show called “The Big Idea,” and became well-known within the inventor community, discussing many projects with Theodore Edison, son of Thomas Edison. She wasn’t done yet either. She went into forensic science and was the first African-American woman to train and work at Scotland Yard in England. 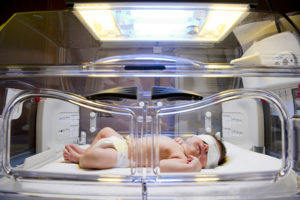 Phototherapy is the use of visible light for the treatment of jaundice, and is perhaps the most common nonroutine therapy applied to the newborn population. The nurse behind this innovation is Sister Jean Ward, who was a nurse in charge of a premature unit. Sister Jean believed in the power of fresh air and sunshine, and would often bring the infants outside into the hospital courtyard and then return them to the nursery before the doctors made their rounds. Through this practice, doctors noticed that the skin of jaundiced babies significantly faded when they were exposed to sunlight during Sister Ward’s courtyard outings. This would lead to hospital physicians and biochemists demonstrating that bilirubin levels in infants also lowered dramatically when exposed to artificial light, paving the way for the worldwide use of phototherapy in some 150 million infants. 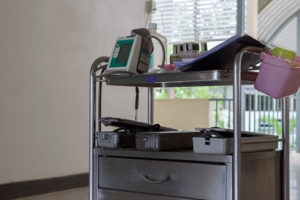 Anita was a nurse in the ED when she noticed it took an alarmingly long time for staff to round up the equipment required to treat critically ill patients. She compiled a list of everything typically needed to treat a critically ill patient with the help of her staff, and then created a red-painted wood prototype cart with her husband in their basement. She arranged all of the equipment on the cart anatomically, lined up medications, and added a clipboard for record keeping. Anita called it the Emergency Nursing Crisis Cart, and today it’s known worldwide as the crash cart, or a crisis workstation. They’re a little different today, of course—made of steel instead of wood, and stocked with disposable supplies—but they can be found in virtually any patient care unit. Anita continued to advance emergency care throughout her career and went on to found the Emergency Nurses Association. 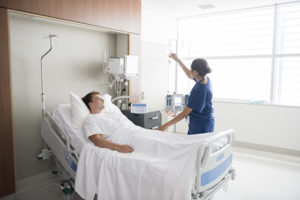 Speed and accuracy are critical within any hospital unit, but especially in ICUs and NICUs. In these units, nurses must manage complicated medical devices and deliver medicine through assorted IV catheters, pumps, and ports. Identifying all of these lines in seconds, when they’re all made of clear plastics, can be very risky. Teri had the idea to color-code these lines when she was applying them to a newborn. She, along with her sister and fellow nurse Gail, patented the lines, ColorSafe IV Lines®, in 2003. 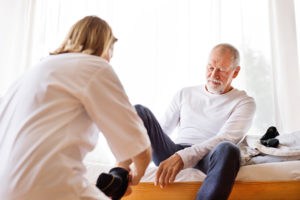 Neomi Bennett, a community nurse in the UK, noticed that many of her patients avoided wearing compression socks. These socks help prevent the deadly blood clot condition deep vein thrombosis (DVT), but the patients found them too difficult to put on. Neomi designed a new product to help: Neo-slip, a pouch that prevents friction and helps the socks slide on, in 2013. Her invention is now available at Boots pharmacies and is fully adopted into the NHS supply system. It’s been used by tens of thousands of patients, and undoubtedly prevented DVT deaths. Nurses, Neomi says, are in a unique position to innovate: “Because nurses are on the front line, patients come to us with their problems. They approach us with things they wouldn’t approach anyone else about.”

I wholeheartedly agree with Neomi that nurses are uniquely suited to invent something transformational, improve a process, or introduce a new technology. I hope these real-world examples of pioneering nurses inspire you to innovate at your organization. When we all work together to improve our profession, we will advance our own careers and healthcare quality for countless patients.